Another Deaccessioning Decision in Duluth 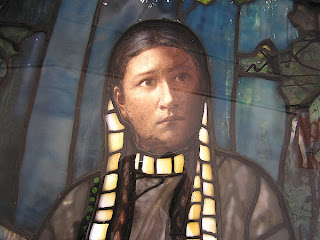 Donn Zaretsky has an interesting overview, with lots of links, to an emerging problem for the National Galleries of Scotland, which may have to find £50 million in the next four months to purchase Titian's Diana & Actaeon.

It may have to do the same within the next four years for another one.

He concludes by arguing:

[T]o oppose the deal between Fisk University and Alice Walton's Crystal Bridges Museum on "anti-deaccessioning" grounds just means that you would prefer that Fisk suffer whatever consequences follow from its inability to consummate the proposed sale (elimination of various athletic programs, faculty layoffs, etc.) than that the works at issue be relocated (and, in that case, for only half the time, and probably to a venue which would allow even more people to see them).

The difference in Scotland and the UK is the process is somewhat more regulated. If a work is slated for export outside of the UK, important "Waverley" level works are temporarily delayed so funds can be raised. Perhaps a similar idea could work in the United States, though that idea is anathema to the ethos of many American cultural institutions which are often eager to acquire works to build collections.

The window was commissioned by the State of Minnesota and was used in an 1893 Columbian Exposition in Chicago. A Duluth civic group bought the Tiffany window soon after the exhibition. City officials have tried to justify the sale, arguing it doesn't have a strong Duluth connection, and that the city isn't a museum. That may be true, but a window which has been in the city for well over a century must have begun to develop a kind of attachment to the city. I wonder what differences there might be between the city of Dulth's potential decision to sell the window, and the Univeristy of Iowa's potential decision to sell its Pollock.

I'd recommend to Duluth, that if it is considering selling the window, it give civic groups and interested parties an opportunity to raise funds to keep the window in Duluth (as the Waverley criteria accomplish in the UK), or try to work out a sharing agreement to allow the window to be viewed by its citizens. If so, then it seems like a good idea to allow the city to continue its day-to-day operations in exchange for auctioning off the window.