In a 2-1 decision Fisk University has won an appeal against the state of Tennessee which will allow it to sell a partial share in works of art to the Crystal Bridges Museum in Arkansas. The Tennessean reports today that the proceeds from the sale can be used as Fisk sees fit, it will not have to set aside 2/3 ($20 million) of the proceeds to care for the art. This is the latest, but not the last ruling in a dispute which has been ongoing since Fisk decided in 2004 to help offset its financial difficulties by selling works of art donated by Georgia O'Keeffe and her husband Albert Stieglitz.

Fisk officials called the ruling a victory: “On behalf of the many students who attend and the faithful alumni and friends, we look forward to working out the details with the Chancery Court and the (Tennessee) Attorney General,” said Fisk President Hazel R. O’Leary. We will never know for certain whether O'Keeffe would have approved of the sale of part of the collection, and as a consequence sharing the art in the South equally between Fisk and Crystal Bridges makes good sense for the University and the Museum, and art patrons in the South. It seems an interesting bit of timing that just as the Court of Appeals released its decision, Crystal Bridges is opening as well. The long legal battle is nearly done, as it will now be up to The State Attorney General, Fisk and the Chancery Court of Davidson County to work out the final arrangements for the sale in accordance with the latest appellate ruling.

One of the highlights of ARCA's Certificate program each summer is a course taught by Judge Arthur Tompkins. For those willing and able to make it to New Zealand in February, which is the Antipodean summer, the University of Waikato’s Te Piringa-Faculty of Law and the University’s Centre for Continued Education have recently announced a forthcoming five-day summer intensive course, entitled “Art Crime during Armed Conflict”.

I cannot recommend Judge Tompkins's course highly enough, he covers art and war from ancient times in Greece and Rome up to the present Iraq and Afghanistan conflicts.

Here are the details:
Continuing Education Flyer for Art Crime During Armed Conflict

Posted by Unknown at 2:17 PM No comments:

"Antiquities and Archaeology" in the Art Newspaper


Three fine articles in the November issue of the Art Newspaper examine where museums and nations go from here after the events of the last ten years. The rules are changing; objects have been returned, and more returns are on the way. When laws have been broken, objects were returned, and precedents are being set.

As a consequence, the way museums deal with antiquities is changing. As Max Anderson says in Erica Cooke's article, museums are moving away from "treasure houses" and acting instead as stewards of these objects and the heritage. And this may be forced on museums in any respect, as there are indications Italy will continue its recent efforts to stem the illegal trade in antiquities.

[Paolo] Ferri says that the ministry is now looking carefully at “cryptic provenances” such as “Swiss private collection, 1980s” or “English, after 1975” with a view to introducing new legislation.

. . .
It is also worth noting that one of the first things that Ferri has done, since his transfer to the ministry of culture, has been to sharpen its focus on tracking stolen antiquities. The carabinieri are discovering the location of hundreds of antiquities, dug up illegally throughout the country and smuggled abroad from 1970 onwards. Many are in the possession of 40 or more major museums.

“Our intention is not just to get them back but to put a stop to trafficking,” says Ferri, “and I think we are having a degree of success: many museums and countries have changed their rules and regulations. It is not a question of property, but of morality. If the role of museums is to educate, they cannot possibly hang on to illegal artefacts.”

In a piece by Mauro Lucentini the two authors of "Chasing Aphrodite" offer their thoughts on where things should go from here. Felch notes the important stage we have entered:

This is a critical moment for both parties . . . The coming years will determine whether the spirit of co-operation that now prevails might amount not simply to an armistice, but all-out peace. The Italians must resist the temptation to continue with their iron-fist approach which, in the end, will cost them the public support in the US they have enjoyed until now.


And Frammolino argues something similar, "art is Italy's best ambassador" and that more pieces from Italy should be displayed at the Met. After my experience in Naples last summer, I tend to agree. But I also have a great deal of sympathy for the Italian position, and I'm not sure their approach has been all that "iron-fisted" as Felch describes it. I think the Italians could have been far far more aggressive, and some Italians I've spoken with have said they want a stronger approach, and more objects should be returned, and more collectors and museum officials should have been targeted. For me, the importance of this period will be the precedent set for future action. I'm currently working on a project thinking about the concept of justice, and how legal principles, and collective action should work towards a just result for museums, the public at large, future generations, and nations of origin. It looks to be an exciting time to continue thinking and monitoring these issues.


Janet Ulph and Charlotte Woodhead are looking for folks interested in contributing Themes at the SLSA Annual Conference next April in Leicester. Here are the details:

Convenors, Professor Janet Ulph ulphju13 "at" leicester.ac.uk University of Leicester and Charlotte Woodhead c.c.woodhead "at" warwick.ac.uk University of Warwick.
This theme seeks to bring together discourse on the interface between, art, culture, heritage and the law. To this end papers will be welcomed concerning the legal and non-legal regulation of art, culture and heritage as well as the rights which exist in respect of these. Furthermore, participants may wish to engage in debates concerning the role played by morality in the context of preservation of the past and the need to curb the illicit trade in cultural objects. Papers may include, but are not limited to:
Posted by Unknown at 4:16 PM No comments: 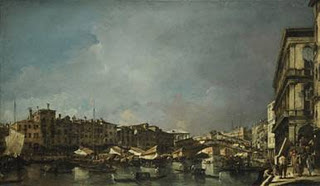 The owner of Weiss Gallery in London is in "complete shock" after officials from the French ministry of culture have refused to allow The Carrying of the Cross, by Nicolas Tournier to be taken from France back to England. The gallery purchased the painting at a Maastricht art fair last year for 400,000 Euros. The gallery took it to a small old master art fair in Paris called Paris Tableau, but France has now detained the work of art.

Mark Weiss, the owner of the gallery stated "I've been in communication with the director of the Toulouse museum since I acquired the painting in 2010, and at no stage has he ever stated that the picture was a stolen painting." The work originally hung in a chapel in Toulouse, but during the French Revolution the work was confiscated and moved to a museum. It was then apparently stolen from a museum in 1818. It would be interesting to know more about what those conversations were like between Weiss and the Toulouse museum.

France has argued this is the rediscovery of a long-lost work, yet it was stolen nearly two centuries ago. Have there been persistent claims for its return? I'm not sure. It is difficult to envision the French have the legal right to seize the painting so long after its theft. They do have the de facto power perhaps to temporarily detain the work, and make life very difficult for the gallery owner. Any experts in the area of French law care to offer any opinions? The newspaper accounts have merely focused on the seizure, without diving into the merits.

Posted by Unknown at 7:39 AM No comments:

"Participatory Stewardship" at the Menil

Last Thursday I attended a terrific panel discussion at the Menil. It affirmed for me why cultural heritage offers such a rich area of study. It gives us an opportunity to think beyond who owns what and offers new ways of envisioning things like patent rights in the human body, the trade in works of art, stewardship, engineering design above and beyond contractual relationships, open source museums which can extend beyond cultural walls and bureaucracy, and the creative commons. As Rex Koontz, Director of the School of Art at the University of Houston noted, short of discussing pre-Columbian art, his area of focus, a conversation about heritage and stewardship is the most important conversation we could be having. The discussion touched on all these areas in exciting ways.

The moderator, Kristina Van Dyke facilitated the free-flowing exchange. She began the conversation by pointing out that artworks have lives and a offer us an opportunity for each visitor to "possess" them in a way. If I like to stand and absorb and really take in a work of art, I've created a connection with the work which might not be the same as ownership, but is in many ways a richer more fulfilling relationship. The starting point was the recent announcement that the Menil would return the Byzantine Mosaics which were on long term loan from Cyprus.

For those unfamiliar with the story, Dominique de Menil was offered the mosaics for sale in 1983. The pieces had been stolen from a small church in the Northern Turkish-controlled region of Cyprus. After consulting the Greek Orthodox Church of Cyprus Ms. de Menil purchases the mosaics, restored them, and they have been on display in a specially-constructed building near the Menil since 1997. Recently it was announced that this long-term loan will end and the mosaics will return to Cyprus. The acquisition, restoration and long-term loan of the mosaics offers lessons for the antiquities trade, and was a remarkable act of stewardship which eschewed the concept of permanent ownership and instead produced a collaborative relationship which benefitted the original owner—the Greek Orthodox Church of Cyprus—and also allowed Ms. de Menil to put the mosaics on display for many visitors to see. You can read more about the story at the Menil's chapel website.

This was the starting point for the conversation which took on a number of interesting themes. Prof. James Leach from the University of Aberdeen offered his thoughts on property. He is an anthropologist who has worked in Papua New Guinea and he provided an overview of property theory, which he defined as the relationships among people with respect to things. Property in fact stands as a particular form of ownership, while other conceptions of property offer a richer and more meaningful way to foster relationships. In fact anthropology, and the law grudgingly, has begun to increasingly view property not as mechanical rights but as a complex web of interconnected relationships. This is an idea I've tried to think a lot about, and I wish I'd had the benefit of this exchange before I tackled the ideas of property and heritage. Before the event, the audience may have been skeptical that biomedical research, the legal relationships of Schlumberger and intellectual property would link up to heritage. But of course they do if you move beyond property and examine these problems through the lense of stewardship and conceive of property as a web of relationships.
Posted by Unknown at 1:32 PM No comments: