“He has no proof, and I have all the proof” 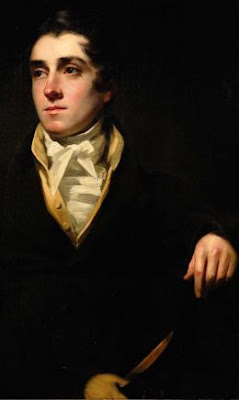 So says Joanne King Herring in the Houston Chronicle earlier this week when discussing her suit to regain this work by Sir Henry Raeburn.  Herring has an auction catalog receipt and a 1986 police report which was filed when the work disappeared from a framing shop.

The work had been missing since, until Geoffrey Rice recently consigned the painting to Sotheby's.  When he did, the painting raised flags with the Art Loss Register.   Rice claims to have purchased the painting from Hart Galleries in Houston, an auction house that is now shuttered because of misapplication of fiduciary property.  Rice has no paperwork for the work and claims to have stored the painting in his laundry room for years, and only recently decided to sell the work.  Probably not the best provenance.  I like Herring's chances to regain the work.  As Herring says "I wouldn't any more press a case if I didn't have a bill of sale than fly to the moon.”

Rice has defended Herring's suit on a statute of limitations defense.  However she has done everything a prudent victim should—contacting the police and reporting the theft to the Art Loss Register.  As a consequence the limitations period will probably not begin until she discovered the present possessor of the painting.