Should Cultural Property be used to satisfy judgments? 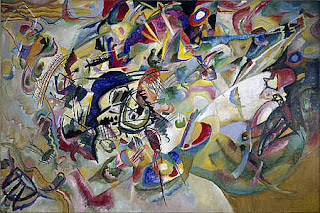 There has been increasing attention paid lately to the use of art and antiquities to satisfy unrelated judgments against nations. In 2005, Russia had a $1 billion shipment of 54 paintings from Moscow's Pushkin Fine Arts Museum seized at the Swiss border to satisfy Russian debts owed to Noga.

Similarly, in 2003 a group of American plaintiffs won a $90 million judgment against the Islamic Republic of Iran for a suicide bombing which took place in Jerusalem in 1997. James Wawrzniak Jr., a recent Harvard Law graduate has posted an excellent working paper on bepress titled Rubin v. The Islamic Republic of Iran: A Struggle for control of Persian Antiquities in America. It is likely to be published next fall.

Hamas claimed responsibility for the bombing in question, and the Rubin plaintiffs brought civil actions against Hamas, and also to Iran for providing material support and finance for the bombing. Experts testified that Iran provided both economic assistance from between $20 and $50 million dollars, and also terrorist training. Now I'm sure many readers would be quick to point out the US has given similar aid to similar groups, perhaps even during this Sunni awakening in Iraq, in which the US is essentially paying Sunnis to stop attacking coalition forces. I imagine Iran would have had a vigorous potential defense, however a default judgment was entered, whereby Iran essentially ignored the suit. Iran has since changed their stance after the Rubin plaintiffs decided to execute the $90 million judgment by claiming Persian antiquities in museum collections across the country. I'll defer to Wawrzniak's analysis as to what has transpired, but this litigation seems destined to last a number of more years.

One one level I can sympathize with plaintiffs who attempt to satisfy their judgments in this way. However, such a strategy, if taken to its logical conclusion would have troubling consequences for the cross-border movement of works of art. This was an issue in the recent dispute over the Royal Academy display of "From Russia: French and Russian Master Paintings 1870-1925 From Moscow and St. Petersburg". Russia nearly backed out of the deal, eager to avoid a replay of the Portriat of Wally litigation.

The display required an act of Parliament to grant special immunity to prevent the works from being claimed by descendants of the original owners from whom many of the works were summarily seized during the Bolshevik revolution.

The question is, are the cultural benefits Great Britain and Russia share by viewing these masterworks, many never seen in London before? I think there is, and this cross-border movement of art is an important ideal which should be preserved, the recent string of nazi spoliation, and terrorist and other claims are important, and those victims deserve their day in court. However it should not be at the expense of our collective cultural heritage.