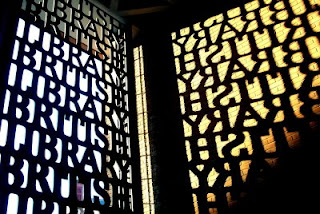 The British Library will be returning the Benevento Missal, which was stolen from a cathedral during World War II.  The British Library has possessed the book since 1947.  This is the first repatriation of an actual object under the Holocaust (Return of Cultural Objects) Act which applies only to claims during the Holocaust era, 1933-45.  The Spoliation Advisory Panel recommended the missal should be returned four years ago to the cathedral.

It was brought to Britain by an intelligence officer, Captain Douglas Ash, who bought it in Naples in 1944 and later auctioned it in London.
Captain Ash wrote in a letter: “I bought an old book in Naples in April 1944, knowing nothing about it, except that it was very old, being described by the second-hand bookseller as molto antico ... I am interested in anything old and have a collection of swords and armour, but this book is completely beyond me.”
How the book reached Naples is unknown, but the cathedral argued successfully that it vanished from its library after it was bombed in September 1943, directly relating the loss to “circumstances of the mayhem of war”. Jeremy Scott, of the law firm Withers, who represented the cathedral on a pro bono basis, welcomed the new law. “I will be submitting a renewed claim [on the cathedral’s behalf] after it comes into force,” he said.


By all accounts this was the right thing to do with the missal.  Yet the wrongful purchase here had little connection with the holocaust, only during the "holocaust era".  It was a sale which occurred in the wake of armed conflict, and presumably the missal was appropriated in an effort to remove valuable objects from the cathedral in anticipation of allied military action.

Will this signal a creep toward increased repatriation for objects in other institutions, and for other historical periods?  This law has a limited scope, and will expire in 10 years.  In the United States much of the legal groundwork for repatriation first came in the context of holocaust-era claims via repatriation lawsuits.  It will be interesting to see whether a similar development may take hold in the U.K. in the wake of this law and the coming claims.