"That wasn't so bad after all"

So said James C.Y. Watt, the head of Asian art at the Met after a team of Chinese experts visited the institution looking for objects which had once been at the Chinese Old Summer Palace in Beijing.  China has been looking to buy or repatriate objects from the Old Summer Palace.

The looting of the palace during the Second Opium War in 1860 holds great historical significance for many in China.  In response to the execution of twenty European and Indian prisoners, Lord Elgin (son of the the Elgin who removed the sculptures from the Parthenon) ordered the destruction of the palace.  As a 27 year-old captain in the Royal Engineers wrote:

We went out, and, after pillaging it, burned the whole place, destroying in a vandal-like manner most valuable property which [could] not be replaced for four millions. We got upward of £48 apiece prize money...I have done well. The [local] people are very civil, but I think the grandees hate us, as they must after what we did the Palace. You can scarcely imagine the beauty and magnificence of the places we burnt. It made one’s heart sore to burn them; in fact, these places were so large, and we were so pressed for time, that we could not plunder them carefully. Quantities of gold ornaments were burnt, considered as brass. It was wretchedly demoralising work for an army.


This destruction continues to shape how China views its relationship with the West.  Chinese experts have conducted a campaign to seek the return of many of the objects looted from the palace.  This includes the "guerilla bidding" last year which effectively prevented the auction of two bronzes from the palace last year.

Andrew Jacobs account of the visit calls into question the motives of the Chinese delegation.  He throws quotations around the phrase "treasure hunting team", but the tenor in his piece echoes the pejorative of the phrase.  Many in the West still fail to engage with the fundamental issue.  Had the White House been burned and sacked in 1860, wouldn't a powerful America be doing everything it could to seek the return of these objects? 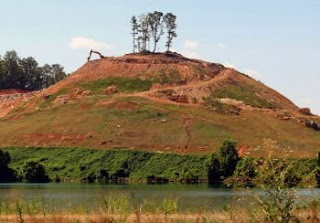 Jacobs references the criticism of Chinese destruction of historical sites.  But nearly every nation can be accused of the same.  What about the Native American burial mound which was decimated to create fill-dirt for a Sam's Club in Alabama this year?  Does that mean America is an unsuitable steward for cultural treasures?

Derek- I disagree with your post, and instead believe that the article does nicely point out the nationalistic dimension of China's quest.

To put it all in perspective, I'm sure the Chinese would be unhappy if Tibetans or Uyghurs showed up in one of their museums with TV cameras to ask about looted property. To be sure, they would be subject to more than an unflattering article in a newspaper.

Of course, it may not have been the 1860’s, but the British DID also sack and burn the White House during the War of 1812. I suspect some of the art that was looted from Washington, D.C., still resides in some British Country House somewhere, but Americans largely lost their distaste for the British Government by the early 20th c. Hence, this has never become an issue.