Peru to Lawyer Up? 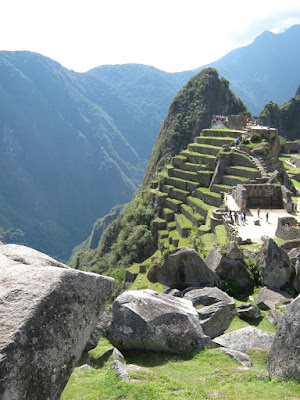 Apparently the Peruvian government has again decided to take legal action against Yale. Peruvian state media may be planning to litigate in its ongoing effort to recover thousands of Incan relics excavated in the early part of the 20th century by Hiram Bingham. Paul Needham continues his outstanding reporting on the dispute for the Yale Daily News (BBC)(AP)(via).

While Peruvian officials have threatened a lawsuit since April, Yale officials said earlier this fall that they were hopeful the parties might be able to avoid legal action. Much of this optimism was the result of a meeting in late September that included, for the first time, Jose Antonio Garcia Belaunde, the Peruvian foreign minister. Belaunde had never before been involved in the negotiations, and some at Yale saw his presence at the meeting in an optimistic light.

“The fact that the minister feels that it’s appropriate for him to intervene suggests that there is a desire to reach an understanding,” Richard Burger, the Yale archaeologist most closely associated with the artifacts, said last month. “Because if [Peruvian officials] wanted to go to court, they could have just left things as they were.”

But Belaunde’s involvement with the negotiations was brief; Peru’s new minister of labor and employment promotion, Jorge Villasante, has now been charged with overseeing the selection of a lawyer and the potential filing of a suit.

I think this is an unfortunate decision. Yale had seemingly agreed to a very fair settlement with Peru, but that tentative deal fell through. In a Memorandum of Understanding with Peru Yale had agreed to build a museum and research center, would help sponsor an international travelling exhibition and return the objects after the expiration of a new 99-year lease.

I wonder what the chances of this potential suit would be. This would seem to push the envelope for repatriation litigation . Just thinking speculatively, the statute of limitation problem would be a tricky hurdle for Peru. It could perhaps bring suit in New York and argue the limitations period did not begin to run until a demand and refusal by Yale, however one wonders if Yale could successfully defend by essentially arguing it has held the objects in a transparent way, and Peru should have long ago made its legal claim.

Or perhaps they might bring suit in a discovery rule jurisdiction, arguing the recent revelation that there are in fact 45,000 objects is a new triggering event which would make the action timely.

However even if they succeed on the limitations issue, it remains very much in question whether Bingham's agreement gives Peru title to the objects (though apparently Bingham's actions were controversial in Peru at the time). US courts have not always looked favorably on Peru's vesting legislation (see Peru v. Johnson), and I'm not sure what provisions were in place when Bingham was re-discovering Machu Pichu. This has been a fascinating dispute, in chief part because Yale has seemingly been very open, and has offered a great deal to Peru. Perhaps I'm missing something here, but I wonder if Peru's indigenous rights movement might have its priorities the wrong way around in this case.

Peru seems to be getting bolder in litigation, as they entered the Black Swan fray without a strong claim. Of course that find involves a lot of money, but so will litigating it.