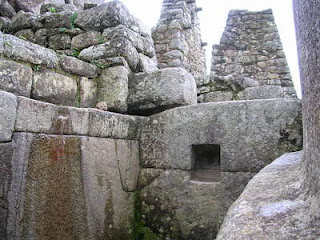 Randy Kennedy reports in today's NY Times that Yale University has agreed to return artifacts excavated by Hiram Bingham from Machu Picchu in 1912 and 1914. The parties called it a "new model of international cooperation providing for the collaborative stewardship of cultural and natural treasures." I think that's exactly right, and appears to be an exciting and beneficial compromise for all sides. See my earlier post on this dispute here.

Negotiations have been ongoing, but pressures in Peru and Peru's extremely rigid cultural patrimony laws made it difficult to work out a compromise. Talks broke down in 2006, and it was rumored Peru was considering legal action, though I didn't see any kind of tenable claim. It would have made headlines though.

What is the nature of the agreement? It looks to be a kind of lease which creates "an extensive collaborative relationship between Yale and Peru". Peru will receive title to all the objects, but many will remain in Connecticut. There will be an international traveling exhibition, and proceeds will help build a much-needed new museum and research center in Cuzco. Yale will also provide funds to establish a scholarly exchange program. As Yale president Richard C. Levin said, "We aim to create a new model for resolving competing interests in cultural property,... This can best be achieved by building a collaborative relationship — one which involves scholars and researchers from Yale and Peru — that serves science and human understanding." Compromise is often an easy policy solution to advocate, but with respect to cultural policy it's often the best solution.

NPR's Morning Edition has a good story this morning where you can hear the comments of some of the parties.
Posted by Unknown at 4:42 AM

The repatriation of the Machu Picchu objects is in keeping with the larger mechanism of a shared effort by the global community to honor and protect the world's cultural heritage that has been in place for some decades. Read the full comment here , on SAFE's blog, SAFECORNER.