Trouble Ahead for UK Museum Funding 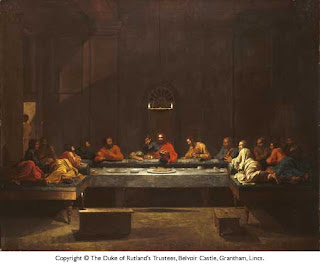 Back in July, Martin Bailey wrote in the Art Newspaper that the National Gallery is "facing its most serious acquisition crisis for over 100 years, with the threat of losing pictures on loan worth around £200m." Why the cause for alarm? A number of works currently on loan at the National Gallery will be going up for sale, and public funds are scarce. The works on the market include:

The sale of these important works is going to put pressure on the funding arrangement, which has been substantially cut in recent months to prepare for the London Olympics. The Heritage Lottery Fund set has previously set aside £80m for arts projects. This year that number was reduced to £40m, but in the next two years the number will be decreased to £20m. As Giles Waterfield's editorial in the Art Newspaper makes clear,

When the Heritage Lottery Fund (HLF) was set up in 1994, the trustees’ prime priority was to update Britain’s museums. This certainly needed doing: since repairs made after World War II, remarkably little had been spent on the fabric of museums, or on new construction. Compared to France, Germany or the United States, the number and quality of new museum buildings were laughable.

This will all change to free up funds for the London Olympic bid. As Charlotte Higgins wrote in the Guardian recently "The lottery fund was due to lose an initial £143m to the Olympics, but in March a further £90m was taken".

I'm not an art historian, and I don't feel qualified to comment on whether these works warrant these sums, or if all of them are integral to the cultural heritage of the UK. It is a pity that arts funding has been sacrificed for the Olympic bid to this extent. The decision to sell these works will also continue to put pressure on the funding system, especially given the tremendous upswing in the art market. The UK export restrictions are a model, and one which cuts a great compromise between retention of art and an open market. Those works which rise to the Waverley Criteria are delayed export until domestic funding can be secured. That system though depends on the availability of funds. If arts funding is decreased in this manner, such efforts will become more difficult.