The book's main empirical chapter examines the efforts against the illicit trade in antiquities. This chapter explains why the United States and Britain initially resisted UNESCO's efforts for the protection of the cultural heritage, and why both countries ultimately reversed course (several decades apart) and joined the 1970 UNESCO Convention. I analyze the domestic political debates over antiquities in the United States and in Britain, examining the views and arguments of the main contenders in these debates: archaeologists, museums, and dealers. The analysis highlights important similarities in the American and British experience as well as notable differences, such as the different positions taken by the museum communities in the two countries and the divergent responses of the American and British bureaucracies to the problem of illicit trade.

Looks to be a very good examination with the benefit of empirical data. It is a longer follow-up to an earlier work, which I mentioned here a few years ago. 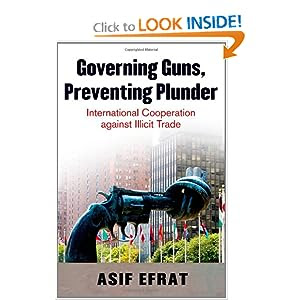