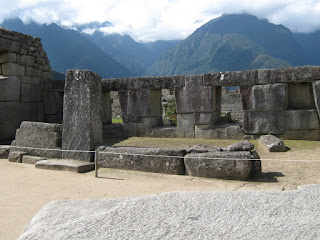 I'm quoted in David Glenn's article for the Chronicle of Higher Education on the dispute between Yale University and Peru over artifacts taken from in and around Machu Picchu by Hiram Bingham between 1911 and 1916. The piece is behind their subscription wall, but it really is worth the effort to get your hands on a copy. It's a good overview of the dispute, with a timeline and an overview of the parties' public statemetns which gives us an idea of the competing legal claims.

The dispute draws some of the important ramifications the dispute has for repatriations generally. We are all eagerly waiting for Yale's responses on the merits. At this point the parties are still disputing the proper federal court for the dispute. If and when the dispute reaches some of those important substantive points, whether the action was timely will likely be a prominent issue, as I speculate in the piece.

One of the important potential ramifications of this dispute may be whether nations of origin have the right to try to reach back and challenge some of these past agreements.
Posted by Unknown at 9:10 AM

I am a legal academic in Hong Kong, I have just written an article which is about to be published in the International Journal of Cultural Property discussing the application of equitable principles to claims for the return of cultural property from museums in common law countries: in particular the quasi-property rights of the personal representatives of the dead to the remains for decent disposal. Limited letters of administration have been granted to Aboriginal groups in Australia relating to human remains held by the Natural History Museum in London on this basis, although recognition of these orders by the English High Court has not been tested. Peru could possibly use this principle to seek return of the human remains held by Yale- although, of course, a court would only order the return if the remains were to be decently disposed of, not displayed or studied in Peru.