Art Theft at the Forbidden City 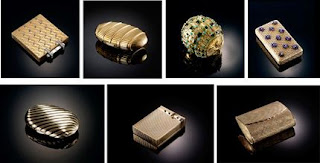 Seven works of 20th century decorative art have been stolen from the Palace Museum inside the Forbidden City in Beijing. The items were stolen when the thief may have knocked a hole in the wall. The pieces were works made of gold and encrusted with jewels. A spokesperson said that a suspect was seen fleeing the seen but guards did not intervene:

This will be an embarrassment for those who run the Palace Museum.

One official has already said that there was a lapse in security.

"Certainly we can only blame the fact that our work was not thorough enough if something like this can happen," said official Feng Nai'en at a news conference.

An investigation has begun to see where improvements can be made and the museum is checking to see if any other objects have been taken.

Perhaps more embarrassing though is the fact that these items were on loan from Liangyicang, a private collection in Hong Kong.

The Beijing News reported that the Hong Kong museum had not insured the items for as much as it could have because it believed they would be safe in Beijing.

The Palace Museum is based within the Forbidden City, home to the country's emperors during the Ming and Qing dynasties.

The complex is made up of courtyards, palaces and gardens. It became a museum in 1921 after the fall of the last emperor Puyi a decade earlier.