At the annual ARCA conference this summer in Amelia, a reporter based in Rome, Nancy Greenleese, was able to interview Laurie Rush and Joris Kila on efforts to protect culture during armed conflict, of which these cards are an excellent example.

Soldiers often enter conflict zones with limited knowledge of local cultural and historical nuances. Archaeologist Laurie Rush recognized that their ignorance can make conflicts worse. So she helped create a deck of playing cards that displays photos and messages about cultural heritage in Iraq, Afghanistan and Egypt. The Ishtar Gate of ancient Babylon Troops see pictures of Buddhist statues and tablets when playing poker and other games with the cards. They may discover that buying and selling antiquities is illegal or be reminded to look before digging. And Rush's concept has caught on: Soldiers from the US and other countries have snapped up more than 165,000 decks. The US invasion of Iraq offered examples of what troubled Rush about soldiers' cultural knowledge. When American and Polish forces were building a camp in the ancient Iraqi city of Babylon in 2003, they inadvertently crushed ancient brick pavement and marred dragon decorations on the Ishtar Gate. "It immediately occurred to me that a better educated force would not have made those kinds of mistakes," Rush told DW. 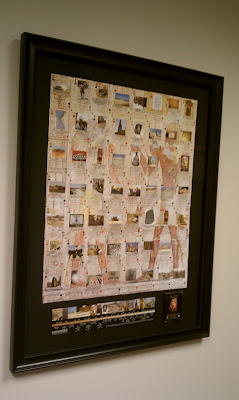 Though I write about cultural heritage law, I spend most of my time teaching law students. It can sometimes be hard to explain to my colleagues just what it is that I write about, apart from the broad "art law". So when I was fortunate enough to get my hands on one of the decks of cards which are increasingly being given to troops who enter conflict zones abroad, I thought at once of framing them.