China Will Sue over Looted Bronzes 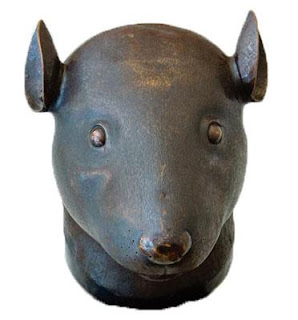 AFP is reporting that China will bring a repatriation suit in France over bronze statues taken from the Old Summer Palace before it was burned in 1860.

Chinese lawyers will sue auction giant Christie's over the sale of relics owned by the late Yves Saint Laurent which they say were stolen from a looted Beijing palace, according to state press.  The lawyers are hoping that French courts will stop the auction house from selling two bronze animal heads at a February sale in Paris and order the return of the relics to China, the Beijing Times reported.  "The lawsuit will be placed before a French court in accordance with international law," Liu Yang, one of 67 Chinese lawyers working on the case, told the paper.  "We are demanding that the auction house stop the sale and order the owner of the stolen items to return them."  The relics currently belong to the Yves Saint Laurent Foundation and were being put up for auction by the late fashion magnate's partner Pierre Berge, the paper said.

This should shape up to be a fascinating dispute.  There's little question I think the bronzes were taken under lass-than-noble circumstances by the British.  More background on the dispute here.

WOW GOLD, nice blog. its worth reading. I liked it very much